Having spent ten years spearheading one of the UK’s leading dot com companies to digital success, Dave Heath is now shaking up the agency landscape by taking dot com thinking into agency processes.

Dave believes all companies should behave like a dot com; and an agency’s role is to help clients take a dot com approach to gain competitive advantage, especially where technology is core to achieving business goals – arguably in 2016 this is almost every company.

What is it? Dot Com

A dot com company is a company that does most of its business on the internet, usually through a website that uses the popular top-level domain “.com”.

Some of the largest dot com companies are undoubtedly leading the field in digital innovation, delivering huge profits as a result.  Dot coms tend to act differently to multi-channel businesses that have added digital on to more traditional ‘offline’ routes to market. This became more apparent when I came agency-side a year ago.

Years ago dot coms’ recognised that their consumer world starting to change faster than they could react to, this drove them to internally re-align their people, process and technology to enable them to be as reactive to this faster consumer change. A by-product of this thinking and doing also drives innovation. Empowered teams had to be able to challenge many constraints – from red tape process and monolithic architectures that impacted each team to be able to change direction as fast as possible, with the least amount of disruption and waste.

What lessons can we learn from dotcoms behaviour?

Dot coms generally take four themes that depend on each other to work, and they deliver this through in-house cross functional autonomous teams, setting their own rules.

The first theme is they align their organisation for success – not by grouping disciplines together into a marketing department, an IT department and design department for example.– this promotes a lack of collaboration, increases blame culture and waste. In fact, they look at their product offering and split it into a set of smaller stand-alone products as much as they can – and align a mix of disciplines into cross functional teams that own these discreet parts of the overall product. Consider it is a mini business inside the business.

The second theme is that this team are then given problems to solve – and not given predefined solutions. They need to take ownership and accountability for solving a business problem – this is a fundamental part of empowerment and autonomy. A team that is given the problem of increasing their conversion by 3% will create more innovative ways to solve that problem and in many ways over deliver, as opposed to being told to simply change all the buttons to blue as blue converts better. 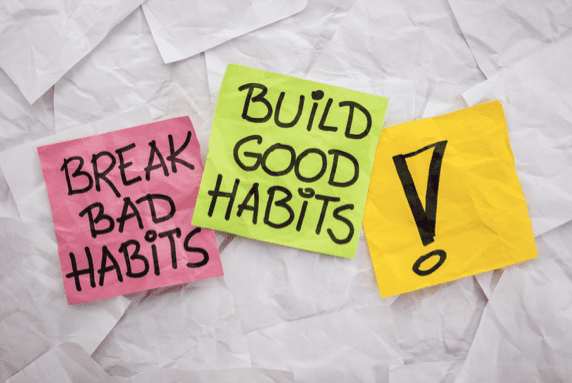 The third theme is that the team create fast feedback loops that apply a ‘build – measure – learn’ culture. They effectively define a hypothesis that solves a given problem, deliver an MVP against it as fast as possible then measure it. The team then learn and iterate on the product until a point where the value return is not worth further investment – exploiting the 80% of the value from 20% of the effort rule. Then the team move on to their next priority hypothesis & value and repeat the process.

Underpinning these 3 themes is the fact that they invest in supporting a culture of continuous improvement and learning, allowing the team to challenge everything, taking the time to remove constraints  & dependencies or blockers in process & technology that inhibit the discreet teams to iterate as fast as possible. As an example, if 2 teams rely on a shared system, process or dependency which causes delay in the way those teams operate or improve, the teams must aim to remove the dependency so they can work again more autonomously – and not accept it as immovable.

Spotify is a good example of a dot com’s way of dealing with multiple teams in a product development organisation. Spotify has created a scaling delivery model – with Squads, Tribes, Chapters, and Guilds – that’s helping it to continually iterate and improve as the consumer habits and the market changes. Its growth is largely down to the fact that every team can work autonomously and get fast to market with new products as long as they align to the company goal.

Is the traditional agency relationship the problem?

The problem for non-dot com companies, which don’t have the maturity or size of team to iterate at this speed and with such depth of insight, has tended to lie with their agencies, however traditional agencies don’t tend to work like this or challenge the client to take this approach.

There has been a client/agency process inherited from old ways of producing a marketing campaign, that a client sets a brief based on a pre-defined solution and the agency designs and builds it, launching with a big ta-da moment … hoping that it has built the right thing; waiting with baited breath to see how consumers actually use it.

There is a need for a shift in agency thinking, so agencies like ours now apply a dot com approach that is supporting and helping our clients to be agile, faster to market, stealing market share.  By setting a fluid roadmap based on what we learn, using a dot coms’ build – measure – learn methodology, the team of agency & client work together to break down the dependencies and iterate based on insight and not opinion.

Dot coms rarely create a large pre-defined solution, then build it, instead they work out what single change would add the most value to their business, prototype it, measure, build and learn - making iterative improvements before moving on to the next thing.  They take an MVP (minimal viable product) approach to everything. The MVP line is the minimum set of features (driven by their necessity, value and user feedback) that you believe are the items that you can go live with to create a great experience. Going live here reduces risk from the technical delivery, but also validates that we are going in the right direction whilst creating revenue return far earlier.

While this approach isn’t necessarily for the faint hearted – because it relies on a belief that you have to be prepared to change direction based on real-time consumer use – we believe being iterative and adaptive, evolving client products not working to static project plans, is vital in achieving digital transformation.   Digital is not just about technology, it’s a way of solving problems, creating unique experiences and accelerating business change. Digital cuts across the enterprise, so taking a dot com approach is vital for overall business success.”

Thanks to Dave for sharing their advice and opinions in this post. Dave Heath is technical director at digital agency Code Computerlove. Prior to this, he was head of engineering & delivery (web and multichannel) at LateRooms.com. Read Dave’s latest whitepaper on ‘Putting an end to the Build and Bust of content management systems’ here.

What is your digital maturity?

Identifying challenges and opportunities in your financial services digital strategy