One of the biggest news stories this week has to be Google being questioned by Congress about how search works, data privacy, China plans and political bias. In just under four hours of questioning, the covered a lot of ground, some of which our roundup will take a look at.

When it comes to marketing and advertisiting in the UK, the big announcement was that negative gender stereotypes are going to be banned in adverts. In a bid to avoid stereotypes causing real-world harm, new regulations are st to come into effect in 2019.

Our roundup also takes a look at the concerns that marketers have about the impact that Brexit could have on the free flow of data. Take a look to see what's bee happening this week.

The chief executive of Google was questioned by the House Judiciary Committee about political bias on Google’s platforms and its privacy practices.

Tuesday’s (December 11th) questioning was the first time that Sundar Pichai had appeared before Congress after Google refused to send him to a hearing on foreign election meddling earlier this year.

For 3.5 hours, Mr Pichai was questioned as part of the ‘Transparent & Accountability: Examining Google and its Data Collection, Use and Filtering Practices’ hearing. During this time, many representatives questioned whether Google’s search results were biased against the point of view of conservatives.

Mr Pichai said that Google avoids "political" bias and that doing so is a core principal of the business in order to allow it to maintain the trust of its users. He also denied President Donald Trump’s claims that Google has a political agenda that is aimed at suppressing conservative voices.

"Users also look to us to provide accurate, trusted information. We work hard to ensure the integrity of our products, and we've put a number of checks and balances in place to ensure they continue to live up to our standards," he said.

He continued to say that Google works to offer a platform for all opinions and perspectives without promoting its own agenda, as doing otherwise would go against its business interests.

As well as facing questions on political bias, Mr Pichai was also asked about Google’s plan to launch a censored search engine in China. This search engine would block results that were deemed by the Chinese government to be sensitive, which many have said would add to the oppression of Chinese people.

Mr Pichai said that the company had no plans to launch search in China, as access to information is "an important human right". However, he would not commit to a promise that Google will not launch a tool in China to aid with censorship and surveillance.

Questions were also asked about how transparent Google’s data collection practices are. This followed on from Google coming under fire earlier this year when it was revealed that pausing "Location History" tracking on an account didn’t mean the company stopped storing location data.

While Google ended up clarifying the language used In its policy after this, Mr Pichai said that the arch giant wants to make it even easier for users to control their data and that this is an "ongoing area of effort."

Issues with Google Plus were also brought up after it was revealed on Monday (December 10th) that a security flaw allowed profile information from 52.5 million users could be viewed by developers. This was the second issue with the platform this year and Google has now sped up plans to retire Google Plus.

Despite the long series of questions aimed at Mr Pichai, Congress did not discuss whether it was making any immediate plans to reduce Google’s power or tat of other tech giants. It also did not say whether it was going to pass legislation aimed at protecting consumer privacy. 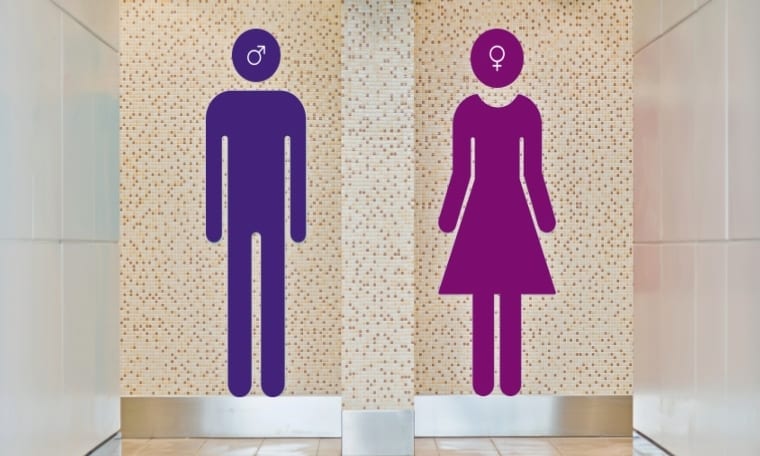 The Committee of Advertising Practice (CAP) is set to ban adverts in the UK that make use of gender stereotypes. From next year, adverts that use gender tropes – such as implying women can’t drive or men unable to carry out household tasks – will be banned.

Adverts must no longer include stereotypes regarding gender that are likely to cause harm or serious widespread offence. This means that advertisers need to be extra careful about how they are portraying men and women in their ads.

This decision follows on from a review by the Advertising Standards Authority into gender stereotyping. The regulator has said that this won’t mean that all forms of gender stereotype are going to banned – such as women doing the washing up or men fixing cars – but those tropes that are contentious will no longer be allowed.

According to ASA’s research, some ways in which the roles of men and women are portrayed in ads has caused real-world harm. This includes depictions that emphasize the contrast between personality types that are deemed to be either masculine or feminine.

Other problematic gender depictions that ASA will ban from 2019 include:

The CAP has published guidance for brands on how gender tropes can and cannot be depicted in advertising from 2019. These do not ban brands from featuring:

Ella Smillie, gender stereotyping project lead at CAP, said: "The evidence we published last year showed that harmful gender stereotypes in ads contribute to how people see themselves and their role in society.

"They can hold some people back from fulfilling their potential, or from aspiring to certain jobs and industries, bringing costs for individuals and the economy. We’ve spent time consulting on new standards to make sure they target specifically those images and portrayals we found cause harm."

Half of marketers concerned about damages to data following Brexit

Over half of marketers (51%) are worried that there will be financial implications for their businesses if Brexit damages the free flow of data between the UK and the EU. According to the ‘Data privacy – An industry perspective’ report from the Digital Marketing Association (DMA), only 25% of marketers are unconcerned about the impact that Brexit will have n data.

The continued delays to the Brexit deal vote in Parliament has led to increased uncertainty around how the free flow of data will be affected by future relations between Britain and the EU.

As the possibility of a no-deal Brexit scenario has grown more likely, there is a greater cost that all UK businesses, no matter what they’re size, will be affected by changed access to data.

Chris Combemale, CEO of the DMA, said: "The challenges of a no-deal Brexit would be very complicated for British businesses, as the disruption to the free flow of data between the UK and EU would be very damaging and costly.

"Although larger organisations may have the resources to implement standard contract clauses to be able to continue data transfers in a no-deal Brexit scenario, SME’s will be seriously disadvantaged by the administrative burden. Furthermore, marketing service providers offering cloud-based service solutions are already opening data centres in the EU to service their European customers as a part of their contingency planning."

The DMA’s report also found that 90% of marketers want the UK to retain its access to a single digital market following Brexit – an increase from the 78% who said the same in May 2018. However, Theresa May’s rejection of freedom of movement is likely to mean that this will not be the case.

Facebook has staged a pop-up event in a bid to win back users’ trust following its recent series of scandals. The social media platform held a privacy event in New York aimed at reaching out to the public to improve their perception.

A trailer was set up in New York to help people manage their privacy settings on Facebook. Facebook staff were available to answers questions and to give out information pamphlets that covered the platform’s privacy rules.

The PR event seems to be designed to repair pubic trust that was harmed by the Cambridge Analytica scandal and other issues that have been revealed over the last year.

Erin Egan, Facebook’s chief privacy officer, told The Guardian: "We’ll hopefully have a few hundred, or a thousand people know [more about Facebook’s privacy settings], they’ll share that with their friends and families so they’ll be able to educate others," Egan said.

"This isn’t a silver bullet. We’re also doing other things online, through the Facebook platform we’re sharing more of our privacy shortcuts, so we’re doing lots."

As well as offering privacy advice, Facebook was also offering people attending the pop-up free hot chocolate, which might be a more effective method when it comes to improving its reputation.

Discover your top customer experience (CX) issues quickly How do your customers, both current and prospective, really feel about the experience they’re having with your brand? How can you best measure this? In this post, I share three cost-effective analysis …..

The four key types of customer data for marketing or… how valuable is knowing my customers pet’s name?

A comprehensive checklist for auditing different customer data types in a CRM or Email marketing system In today’s world of ever-increasing data availability, volume and variety the challenge to know which data is valuable to you is a key step …..

Chatbot increases conversions, not just dialog, which is why you need to understand how best to use chatbots Live chatbot is not just for customer support anymore; it’s a proven engagement and revenue booster. Kayako.com shares some compelling statistics that …..