The secret of successful viral marketing and advertising campaigns

Viral marketing is not an exact science. It’s not the case that if you want to create a viral marketing campaign you simply have to think about it, plan it, and then you have it. If only it was that simple

Viral marketing has grown in popularity for consumers seeking entertainment and content creators finding new ways to reach their customers.

Chances are that every CEO out there would like to have a viral marketing campaign for their company. Why? Because it is one of the most effective types of marketing. You don’t have to spend large budgets on creating ads or getting them out there. The focus here is on great content.

What is viral marketing?

Viral marketing - or word of mouth marketing, as it was known before the technology era - has been existing for decades, but only during the past few years, since the appearance of social media networks, has it been known as viral marketing.

Need a plan to create a winning marketing strategy?

Get started today using a tried and tested step-by-step process to optimize your marketing.

According to Investopedia, viral marketing "seeks to spread information about a product or service from person to person by word of mouth or sharing via the internet or email."

The word of mouth aspect in viral marketing is crucial - viral content inspires consumers to share your marketing message with their friends, family and networks to increase your reach through a trust-worthy medium.

Whenever you are advertising certain products or services, you are making use of one of the two aspects of humankind:

Colt Charlton, a chief marketing officer, says: "The first aspect is taken into consideration when using regular advertising. For example, in the marketing industry, there’s a rule called the Rule of Seven. It was defined in the 1930s and it’s still valid today. According to it, a customer will need to see a message seven times before acting on it. To achieve this, you will have to pump lots of cash into ads in order to get to your message to customers seven times."

Content that goes viral elicits an emotional response in people. This causes them to share the content and it spreads rapidly. When people develop strong feelings around a message, the impulse to share becomes irresistible. Marketers need to have a powerful message that triggers people to want to share, almost without thinking about doing so.

When people are surprised by the unexpected, they are more likely to share. Challenge their assumptions, give them a startling fact, make a bold assertion or provide an innovative new way of doing something. If you can make people burst into spontaneous laughter, the first thing they’ll want to do is share your content.

If you identify the key issues that interest your audience, you will have a better idea on how to create that emotional response. If content is to go viral, it can’t just be okay. It has to push the envelope and deliver a message worth sharing.

American retailer Kroger had great success on TikTok with #TransformUrDorm. Tiktok's Hashtag Challenge Plus feature allows customers to purchase products featured on the hashtag, with the #TransformUrDorm tag being viewed over 875 million times. 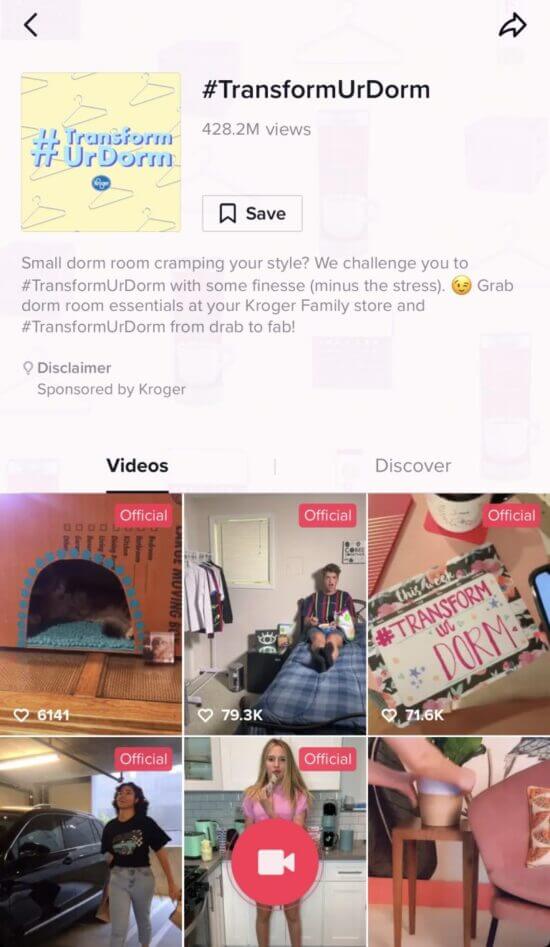 What type of emotions are you looking to tap into?

Emotion-based advertising makes the customer act upon the message faster than usual. According to research done by SEMrush the 10,000 most shared articles on the web generated the following emotions:

In this instance, the positive emotions, such as awe, laughter, amusement, and joy, are the ones that generate the most viral campaigns.

Further research by the Froniers in Psychology journal in September 2020 concluded that measuring consumers' unconscious emotional responses to advertising content might be key to a fuller understanding of consumer behaviour - a victory for the psychology of marketing.

A campaign that went viral because it connected to emotion was the Dove Real Beauty Sketches. The short film was viewed more than 114 million times in the first month.

The video showed a forensic sketch artist drawing two portraits of women. One was based on a description given by the women themselves and the other on how they were perceived by strangers. The artist did not look at the women and they weren’t aware of the nature of the experiment. Placing the portraits side by side revealed that strangers saw the women as more attractive than they saw themselves. The message conveyed was “You are more beautiful than you think.” Empowerment can be a very powerful tool. Watching the Dove film was uplifting and evoked emotions of joy and confidence in women.

Are you using the right characters for your campaign?

Taking the presented aspects as a premise for your next viral campaign, have you thought about the characters you'll include?

According to Gabriel Elliana, a marketing specialist: “It’s very important to pick a character that will generate more than one of these feelings. For example, cats tend to go viral because they are both fun and joyful, but they also add a dash of affection to the marketing campaigns. I think there is not a single cat video below the average engagement rate.”

You should choose your next campaign’s characters according to the type of users you are targeting and their typologies.

You could use cats as the main characters of your campaign if you are looking to advertise pillows or more refined products. Instead, if you are selling hammers, grinders or even cranes, chances are your possible customers will laugh about your marketing campaign. You will have an amusing marketing campaign, but it’s not the right amusement. 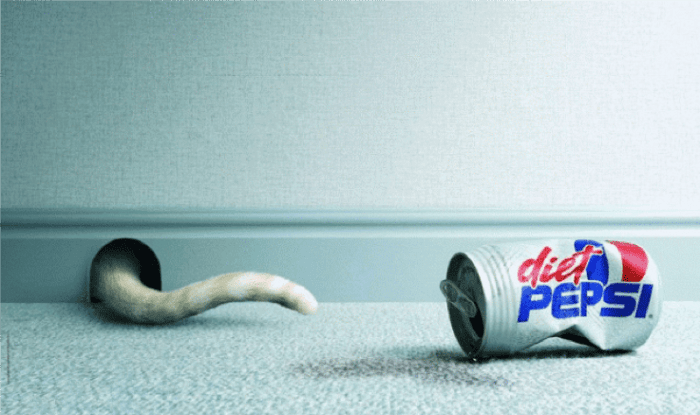 An example of an amusing character the target audience loves is the Dos Equis man. This fictional character drinks Dos Equis beer and stars in the company’s viral commercials. The commercials are part comedy skit and part advertisement, targeting the beer-drinking audience in an engaging, humorous way.

Fans around the world helped to spread the ads and people even dress up as the Dos Equis man for Halloween. This is the man who mosquitoes refuse to bite because they respect him too much and has a week dedicated to him by sharks.

Final thoughts on viral marketing for your next campaign

Make sure you always keep an eye on your competition and their upcoming events, a product launch, a merger, you name it. Then, add a dash of real-time marketing to these events and a dose of fun. It will make your campaign stand out of the crowd.

You might make a top-notch campaign, but didn’t get the timing right and end up unsuccessful. You might make an average campaign and launch it at the right time and get lots of engagement and visibility for your company. Next time you want a successful viral marketing campaign, keep these tips in mind.

Eugene Eaton is a British freelance blogger. He is into stand-up comedy. His favourite comedians are Louis CK and George Carlin. A good morning laugh is what keeps Eugene upbeat and motivated through the harsh day.