A Marketers Guide to Tentpole Marketing

Think of a movie that hasn’t come out yet. A big movie, that’s making a lot of noise at the moment. This is a movie that’s probably already cost a lot of money to make and it’s a good bet that the studio is expecting to turn a pretty healthy profit on. In fact, this is exactly why they want you to know about it weeks, or even months, before it goes on general release. 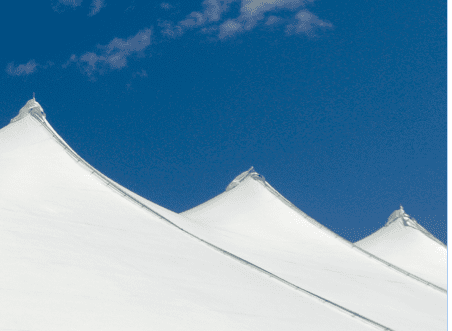 Chances are that after it's finished showing in cinemas, the studio would love you to continue to show an interest in the film, perhaps even buying the video game, t-shirt, poster or any other number of related merchandise. Perhaps by now you’re already talking to your friends about the possibility of a sequel.

As time goes on though, the buzz around the movie will inevitably dissipate and you’ll move onto the next big blockbuster along with everyone else.

Welcome to the art of tentpole marketing.

What is Tentpole Marketing?

Originating in the world of movie and TV show marketing, the advent of social media has seen a renaissance in tentpole marketing.

For those of you still wondering what any of this has to do with tents, the tentpole in tentpole marketing actually refers to the pinnacle of buzz generated before and after an event as highlighted by a curve on a graph which looks similar in shape to a circus tent. 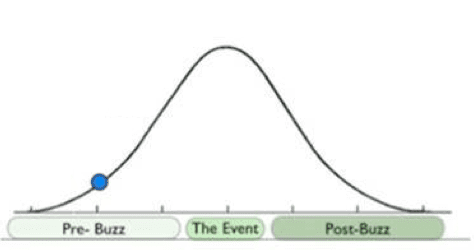 The marketing drive around the event, whether it’s a wildly popular event like Halloween or an event very specific to your company like a trade show or new product launch, is then plotted to correspond to this curve to gain maximum exposure and relevancy.

It’s extremely important to properly plan your content activities when employing this kind of marketing strategy so an editorial calendar and an event diary are both essential. Whilst the editorial calendar can evolve over the course of the year to take into account specific details about the event itself as it gets nearer, the event diary will allow you to keep tabs on everything that’s relevant throughout the whole year. How you choose to allocate your marketing resources around each event can then be worked out closer to the event (but not too close).

When it comes to planning your strategy, there are broadly speaking two categories of tentpole marketing you can look at:

As a rule, the more control over the planning of an event you have, the harder you should be promoting it and the longer the pre buzz curve of your marketing drive should be. For example, if your company launches a new product then you have a lot of control over that event not just in terms of its date, but also of location and attendance if it’s a live event. The more control you have over an event the more responsibility falls on you to generate that pre-buzz curve.

Industry specific events that you aren’t taking part in or organising (ie industry awards or key product launches from industry movers and shakers) are the perfect popular platforms to showcase your content off the back of. The advantage of these kinds of events is that there is less onus on you to generate that pre buzz curve and therefore less need to start your marketing drive so early.

With industry irrelevant events, the trick is to think in terms of theming and trending topics and keywords. Holiday seasons like Christmas may see every vaguely festive-related keyword shoot up in the competition stakes with Google, but with slightly lesser known events and a bit of imaginative content marketing, the opportunity is three to get your content high up in the SERPs.

Let’s now look at each aspect of the tentpole marketing curve in more detail, focusing in specifically on industry relevant events.

This is arguably the most important aspect of any tentpole marketing drive as it will ultimately determine the height of the curve itself, as well as the duration of any post event buzz. Before you even put finger to keyboard to generate any content, you should ask yourself the following:

In 2011 global recycling company CPME put together a stereoscopic 3D promotional film, which was to be aired for the first time at their exhibition stand at a major engineering trade fair. By tying in the film’s production with the development and marketing of a 3D preview film on DVD, which was then mailed out before the event, along with free 3D glasses, CPME managed to create enough pre-event buzz to generate considerably more interest in the film than there would have been had no one known about it beforehand. 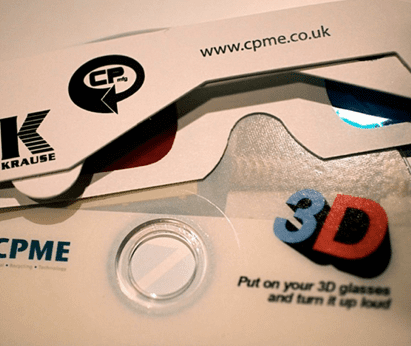 This is the perfect example of how to generate buzz before a trade fair or exhibition. If you’ve got a new product or an innovative showcase of a new product then you need to be shouting about it from the rooftops before the event to get people excited.

The event itself is obviously crucial and if it is something your company is involved in organising, then it’s vital to afford attendees as many opportunities as possible to tweet, share images and stream video and commentary in real time. As well as traditional platforms like Twitter and Facebook, streaming services like Google Hangouts on Air and Periscope are also fantastic for this.

The event itself should really mark the highpoint of buzz in the tentpole curve and so it’s important you chronicle the actual day. If you’re not streaming live video from your event then you need to ask yourself why not. It’s important to record video and take plenty of pictures as well, so you can archive these and release them in the ensuing days and weeks.

Events that you aren’t organising but are attending will obviously afford you less control, which is why it’s equally important to be talking, tweeting and sharing images from the event in time (if this is practical). Make sure you’re following or connected to other important attendees or keynote speakers so you can share, retweet and comment on their content to your own followers, as and when it’s shared.

The time horizon is the time it takes from the event ending to the conversation about it dying away to nothing. Any good tentpole marketing strategy should aim to keep this conversation going on for as long as possible without actually milking it. This can be a fine line to tread but as a rule, if the enthusiasm has all but died away and you’re not reaching new people, then it’s probably time to move on and focus your energies elsewhere.

Here are four powerful ways to keep the buzz around an event:

The success of these tactics operates on the premise of what is known as Accessibility. This is the ability for people to gain exposure to the event through content that continues to be created around it. Of course the scale and nature of the event itself will have a huge bearing on any post event buzz, but the more content you can create around it, the longer the social conversation will go on for.

One way to approach the time horizon, and the pre-event buzz, is to think of your marketing as a series of mini tentpole events, whereby the content you release will generate new peaks in the buzz curve around the main event.

However you deploy your marketing around an event though, it’s important to strike a balance between reactive commentary and carefully planned content marketing, on both sides of the buzz curve.

Thanks to Joe Cox for sharing their advice and opinions in this post. Joe is Director of Rocketship Content. He has written extensively on SEO, digital marketing and social media. You can follow them on Twitter or connect with him on LinkedIn.

Custom landing page examples and best practice advice. Always use your data to inform your digital marketing strategy Discussion of web design in companies who don’t know the power of a strong landing page still often focuses on the homepage. …..

12 tools that can improve your marketing funnel

A working marketing funnel ensures a steady influx of leads which forms the basis for business growth. Have you ever been in a situation when you’ve done everything you could to sell your product, but people didn’t buy it? You …..